Ok, So as I previously blogged about, I’ve decided to partake in a different challenge each month this year as a way to challenge myself and to do a little self growth in the process. January’s goal was to get in at least 10,000 steps per day and February’s goal was to spend at least 30 minutes daily without any distraction just focusing on myself and being present in the moment.

February’s challenge was a bit harder than I actually thought it would be. While some days it was really easy to get in at least 30 minutes of “me time” if not much more, other days it was a bit more challenging. Some days I would set my alarm with the attention to make myself get up 30 minutes before my usual start time, but I would end up hitting snooze and so there I would be late in the night ready for bed but forcing myself to stick true to my challenge. All in all though, February’s challenge was a good eye opener as to how much I don’t always make myself a priority. I’m hoping this new habit will carry over into March as well.

So here we are, March 2016! What’s this month’s challenge? Well, inspired by a suggestion from my Pilate’s instructor, Carey Sadler at Rivercity Pilate’s in North Liberty, I will be partaking in “March Matness.”

What is March Matness? Each day in March focuses on one of the core Pilate’s mat exercises from Joseph Pilate’s book “Return to Life Through Contrology”. 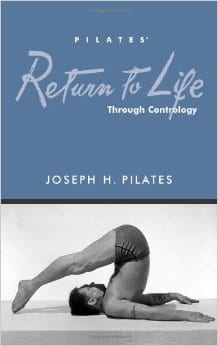 If I’m being honest here, as much as I love movement and being active, I am horrible at sticking to a daily Pilate’s practice. I have the best intentions of getting at least a bit in at home every day but it doesn’t happen as much as it should…..not even with last month’s challenge. See with cardio, it’s easy to multitask while on the bike or elliptical at home. Pilate’s forces you to zone out the world and solely focus on yourself, your movements, and your breathing.

If I needed any extra push to participate in March Matness, I received it today. Due to many circumstances, today was the first day I’ve practiced Pilate’s in almost a week. As I left my private session at the studio, I was disappointed with myself and how challenging that session had been on my body when those exercises were ones that I’ve done numerous times. As with anything in life, if you truly want to improve on something, you have to put in the time and work. While I learn a lot each time I go to the studio, I’ve realized how much I need to incorporate Pilate’s more into my daily life.

While March Matness isn’t really a challenge, it’s more about encouraging participation to practice Pilate’s daily and to learn more about each movement, I’m making it a challenge. This month I am making it a daily goal no matter what to get in some sort of Pilate’s movement. I’m really excited to spend time daily focusing on my body and fine tuning my own practice! I’ll be sharing some updates along the way this month as well!

If you would like to know more about Pilate’s, or maybe you would like to start your own Pilate’s practice, check out www.rivercitypilates.com! On their website you can learn more about what Pilate’s is, watch videos that will walk you through exercises, read their latest blogs, and learn more about what sessions and classes they have to offer! I highly recommend starting a Pilate’s practice in your own life as this form of mindful movement is adaptable to any and every body and the benefits are incredible!

Also, this month at Rivercity Pilate’s, Owner and instructor Carey Sadler will be posting daily videos and pictures on their website and social media sites giving you a more in-depth look at daily March Matness exercises!  Check out their facebook page as well for all the latest. Join in the challenge and follow along all month long!

If you want to know more about my own journey with Pilate’s and why I am such a lover of it, read more here! http://rivercitypilates.com/inspiration-of-the-month-kelly-sedlacek/